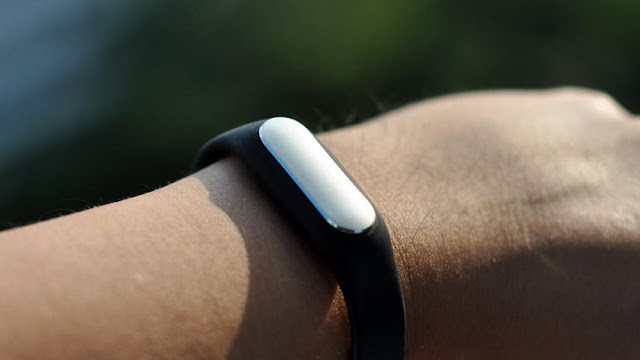 Long, Long ago, a determined me, vowed not to rest until I become a fitter and optimized self, purchased a Mi Band from ebay (it was not officially launched in India then) as a first step to pursue an exercise regime that suits my lifestyle. Since then It has been adorning my right wrist and it was silently counting the steps and tracking my sleep. As promised, it used to last more than 40 days on a single charge. After 4 months, the honeymoon was over.

On May 26, Xiomi pushed an update to its Mi Fit app bringing with it much discussed Google Fit integration. I updated the app and as it was the established custom, the new app updated the Band Firmware on first sync. Soon after the update, I noticed that the Fit integration was not working as announced and the battery of the Band was draining faster. After couple of days, I thought the Google Fit integration was causing the drain and disabled it in the app. But that didn’t solve the drain. Next, I moved the Mi Fit app to my secondary phone, a Moto G First Gen hoping it may resolve the drain. But again, the drain continued and by then the band used to last maximum of 2 days on a full charge. Still, it was tracking everything as it is supposed to and I found consolation in the fact that drain is caused by a Firmware glitch and will be fixed soon, If only I knew the events that would come to pass on June 9th!

On 9th Morning, the band started to vibrate on its own for sometime and stopped. I plugged it in to recharge the batteries and the LEDs didn’t blink as it used to. Thinking the battery may have drained completely, I left it like that for sometime and still the LEDs didn’t start to blink. All day passed without any progress and I kept it plugged int. In evening, it magically came to life and the LEDs started to blink indicating that the band was charging. Then I noticed that It the app could identify the band only if the band was connected to a power source. Weird! I thought.

Yesterday morning, as on cue, it died and sometime later in the day, it started to vibrate on its own and just didn’t stop until the battery died. Now when I plug it into a power source, it immediately start to vibrate. The LEDs are not blinking anymore and the app can’t recognize. I have unplugged it and kept it separate in a box. Now it lay there, in its crystal coffin, motionless and useless!

Here is a video!

Posted by Ranjith Jayadevan at 1:29 AM
Email ThisBlogThis!Share to TwitterShare to FacebookShare to Pinterest
Labels: Customer Care Battles, Tech, Xiomi